White House announces expansion of national monument around remote Pacific islands
NEW YORK—The Obama administration announced Thursday that it will create the largest marine reserve in the world by expanding an existing monument around U.S.-controlled islands and atolls in the central Pacific

A school of fish swims under the water around Palmyra Atoll, in an area of the Pacific that is already part of a marine sanctuary.
PHOTOGRAPH BY RANDY OLSON, NATIONAL GEOGRAPHIC

The Pacific Remote Islands Marine National Monument will now be nearly 490,000 square miles, nearly three times the size of California and six times larger than its previous size. Commercial fishing, dumping, and mining will be prohibited in the reserve, but recreational fishing will be allowed with permits, and boaters may visit the area.

The protected area that Secretary of State John Kerry announced this morning is actually smaller than the 782,000 square miles that the president initially considered. But environmentalists, preservationists, and conservation groups that had pushed for the expansion called President Barack Obama’s designation a historic victory in their efforts to limit the impact of fishing, drilling, and other activities that threaten some of the world’s most species-rich waters.

“What has happened is extraordinary. It is history making. There is a lot of reason we should be celebrating right now,” said Elliott Norse, founder and chief scientist of the Seattle-based Marine Conservation Institute.
Enric Sala, an ocean scientist and National Geographic Explorer-in-Residence, called the newly expanded monument “a great example of marine protection.”
( ….) 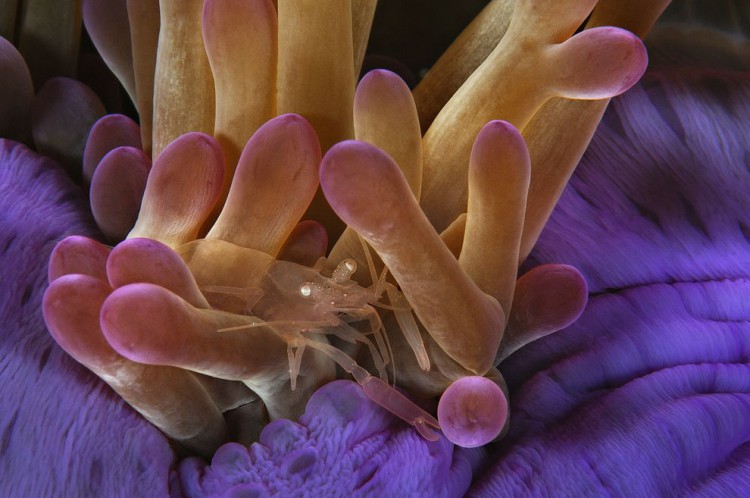 Tentacles of a sea anemone provide cover for a transparent shrimp in Kingman Reef, which is part of the existing marine sanctuary.
PHOTOGRAPH BY BRIAN SKERRY, NATIONAL GEOGRAPHIC CREATIVE

In announcing the expansion of protected marine areas, Kerry said, “We’re committed to protecting more of the world’s ocean. Today, one to three percent of the ocean is protected, that’s it. That’s why President Obama will sign a proclamation today that will create one of the largest maritime protected areas in the world. It will be protected in perpetuity.”
Michael Boots, chairman of the White House’s Council on Environmental Quality, made clear that by expanding protected areas, the administration sought to balance the need to preserve a range of marine species with concerns from the fishing industry, which had warned about the economic impact of curtailing deep-sea fishing areas.
“We thought [the monument decision] was a good way to balance what the science was telling us was important to protect and the needs of those who use the area,” Boots said.
The administration said in a statement late Wednesday that “expanding the monument will more fully protect the deep coral reefs, seamounts, and marine ecosystems unique to this part of the world, which are also among the most vulnerable areas to the impacts of climate change and ocean acidification.”
In June, when he first announced his intent to expand the monument, Obama said, “I’m using my authority as president to protect some of our nation’s most pristine marine monuments, just like we do on land.”
(…)
Norse said that the newly protected areas will safeguard endangered seabirds and other key species, including five endangered sea turtle species (such as loggerheads and leatherbacks), sooty terns and other terns, silky sharks and oceanic whitetip sharks, beaked whales, manta rays, red-tailed tropic birds, and deep-sea corals.
The expanded monument will help ensure that “there are some places that are as pristine as possible for as long as possible,” Norse said. “I think a hundred years from now, people will be praising Barack Obama for having the vision to protect the Pacific remote islands.”

“A Big Step”
(…)
Democratic and Republican presidents going all the way back to Teddy Roosevelt, a Republican who served from 1901 to 1909, have used the 1906 Antiquities Act to designate national monuments. The law requires simply that an area be unique and considered worthy of protection for future generations. This is the 12th time Obama has used his authority under the Antiquities Act to protect environmental areas.
Video of National Geographic
The area being protected by the administration will expand the protected areas from 50 miles offshore to 200 miles offshore around three areas—Wake Island, Johnston Atoll, and Jarvis Island—the maximum reach of the United States’ exclusive economic zone. The current 50-mile offshore protections around the Howland and Baker islands, and Kingman Reef and Palmyra Atoll, will not change.
“Although 71 percent of our planet is covered with saltwater, we have protected much more of the land than the ocean,” Helvarg said. But the newly expanded monument is a big step in the right direction, he added.
Enforcing fishing bans in the monument will be a big challenge, Kerry acknowledged. “Agreements won’t matter if no one is enforcing them,” he said. “It’s going to take training and resources.”
Kerry said one measure that could help deter illegal fishing in the region, as well as around the world, would be to implement the Port State Measures Agreement, an international treaty that requires member nations to prevent illegally caught fish from entering the market. Eleven nations or parties have ratified the agreement, but a total of 25 must sign before the treaty will take effect.
“Our goal is to get this done this year,” Kerry said.
Meanwhile, efforts to preserve more biologically diverse waters continue.
This week, National Geographic Society announced that it is dramatically expanding its campaign to help protect marine areas, with a goal of persuading governments to officially safeguard more than 770,000 square miles.
The plan, announced by former President Bill Clinton, includes programs that target the Seychelles—an archipelago in the Indian Ocean—northern Greenland, and South America’s Patagonia region. The program builds on National Geographic’s Pristine Seas project, which has financed ten scientific expeditions to remote areas of ocean around the world, including in the South Pacific and off Africa, Russia, and South America.
Source: National Geographic
Athour: Brian Clark Howard
PUBLISHED SEPTEMBER 24, 2014